A side-effect of measuring the impact of different journal sizes was that we generated some performance test results for CouchDB, too. They weren’t included in the previous post because it was about journal sizes in ArangoDB, but now we think it’s time to share them.

The test setup and server specification is the one described in the previous post. In fact, this is the same test but now also including data for CouchDB.

Here’s a recap of what the test does: the test measures the total time to insert, delete, update, and get individual documents via the databases’ HTTP document APIs, with varying concurrency levels. Time was measured from the client perspective. We used a modified version of httpress as the client. The client and the databases were running on the same physical machine. CouchDB was shut down while ArangoDB was running, and vice-versa.

waitForSync was turned off in ArangoDB, and delayed_commits was turned on in CouchDB, so both databases did not sync data to disk after each operation. Compression was not used in CouchDB, neither was compaction.

The documents used for the two databases were almost but not fully identical due to the restrictions the databases imposed. Here are the differences:

As mentioned before, the tests were originally run to show the impact of varying journal sizes in ArangoDB, and how this would compare to CouchDB. For this reason, the results contain the following series for each sub-operation: 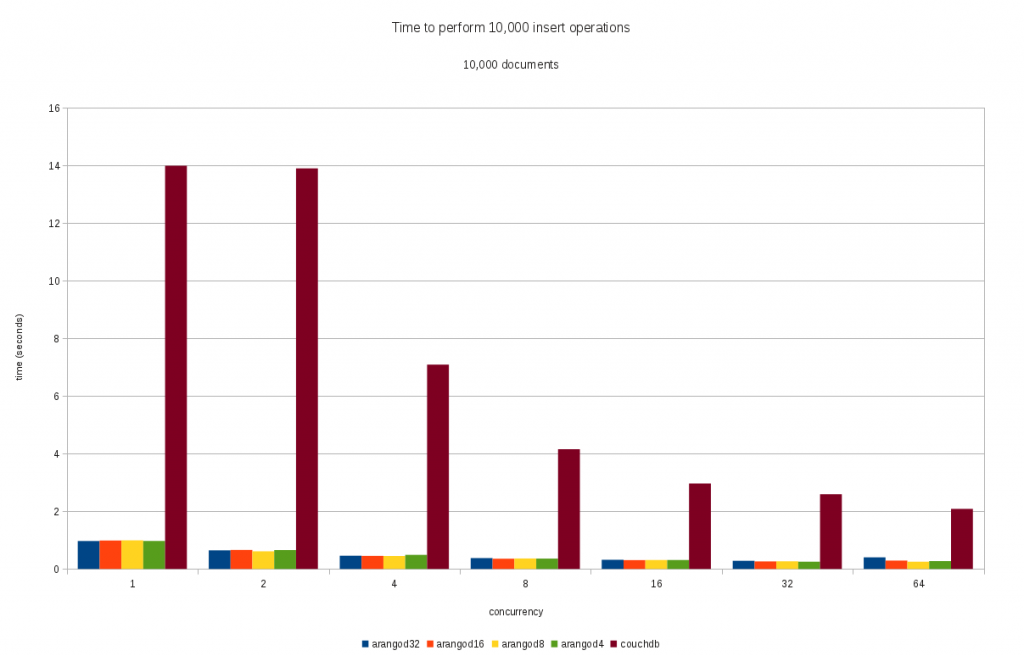 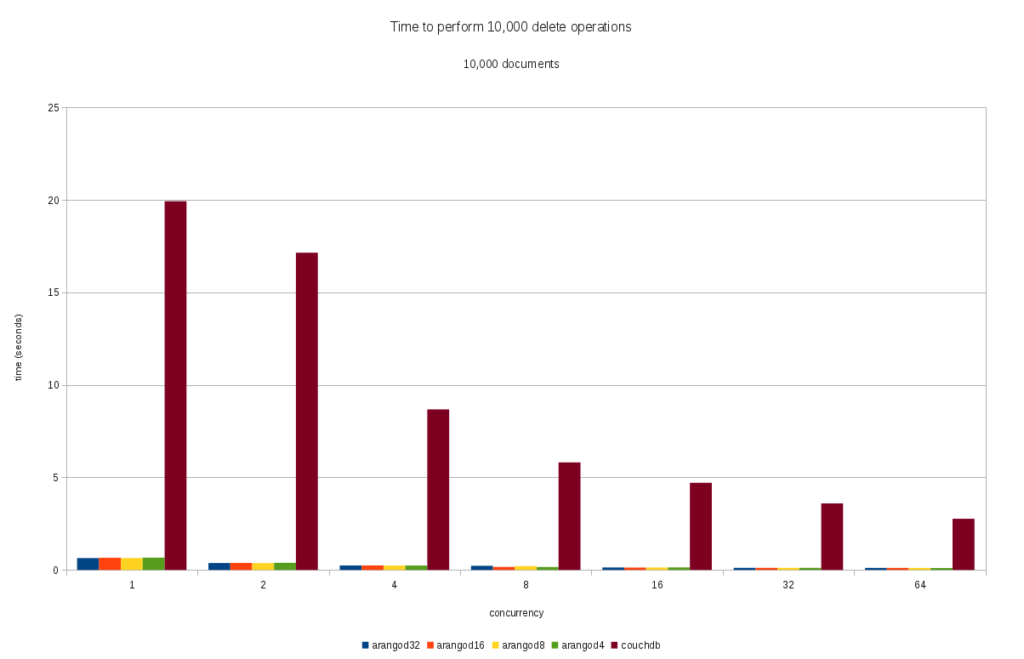 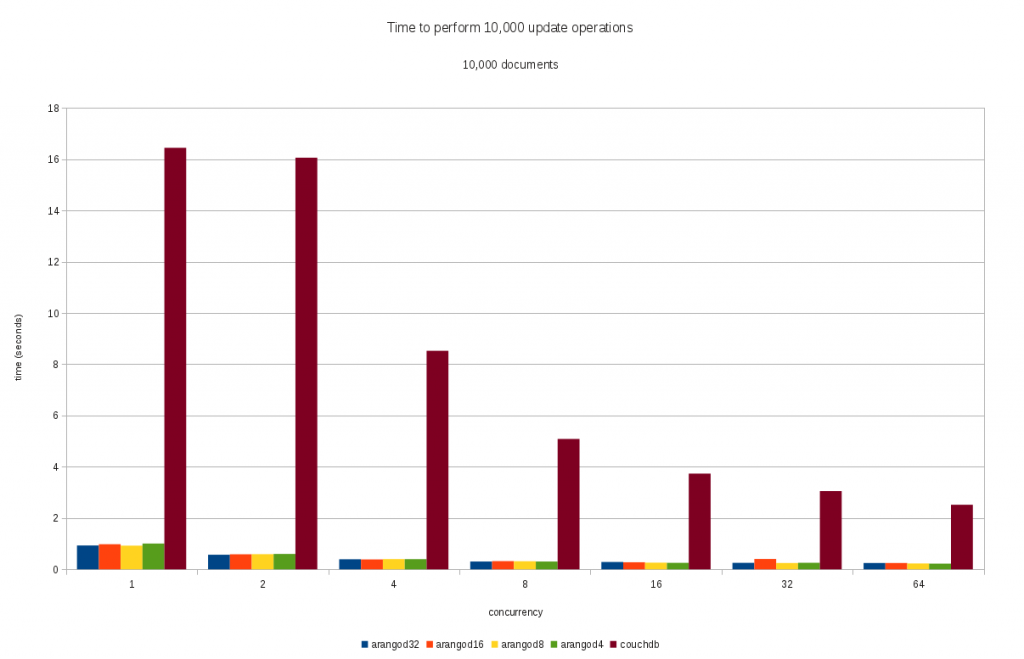 Get performance
To retrieve 10,000 documents individually, the following times were measured (results only containing total time of get operations, not insert time): 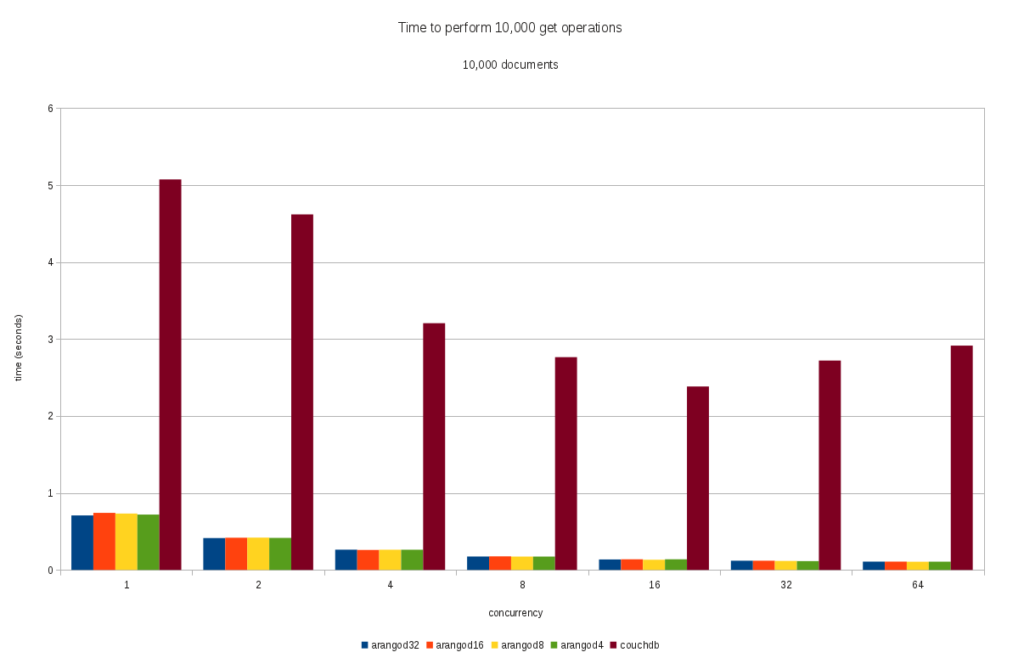 Following are the results for the same test cases as before (insert, delete, update, get operations) but now with 100,000 instead of 10,000 documents.
Insert performance 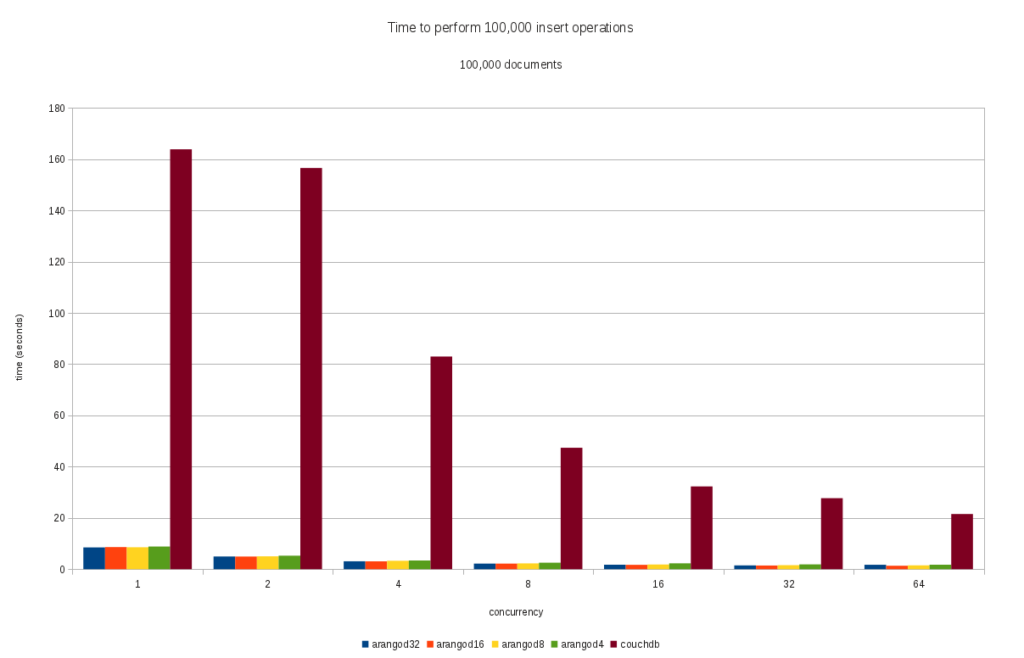 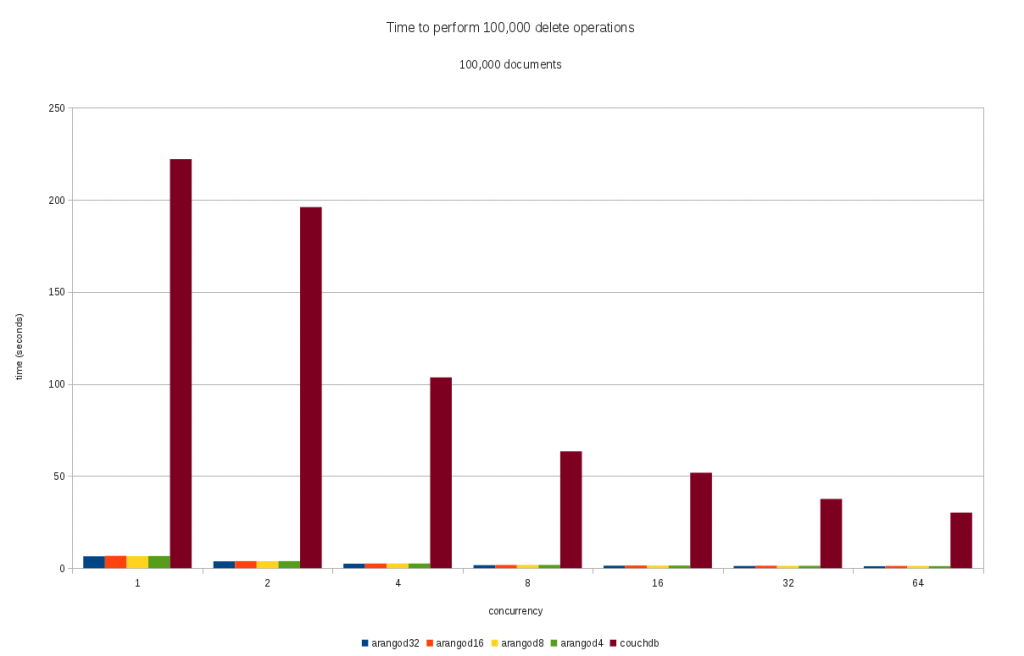 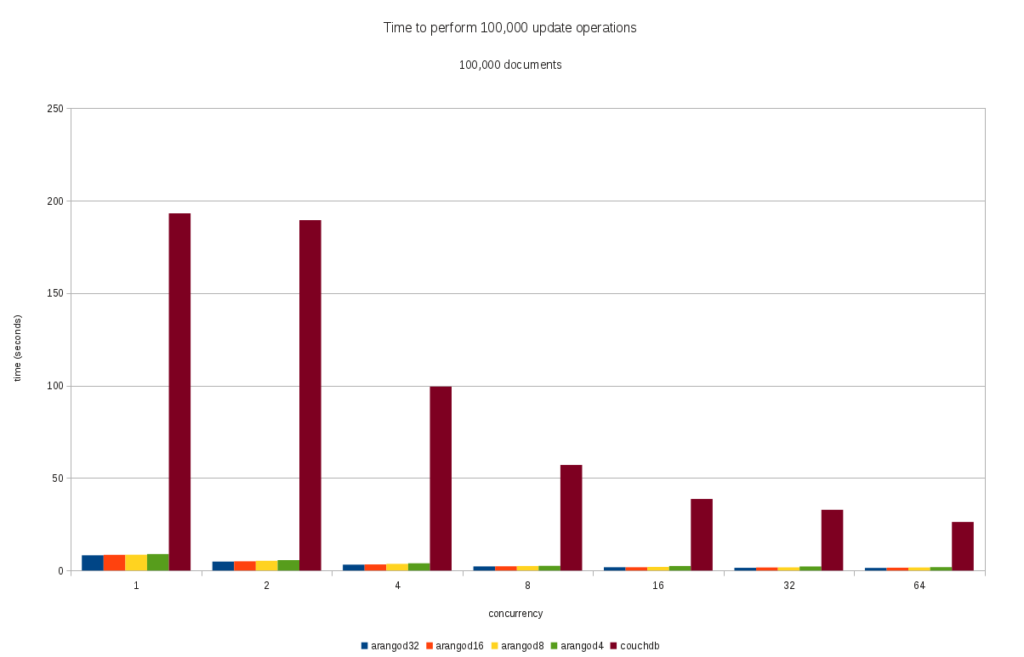 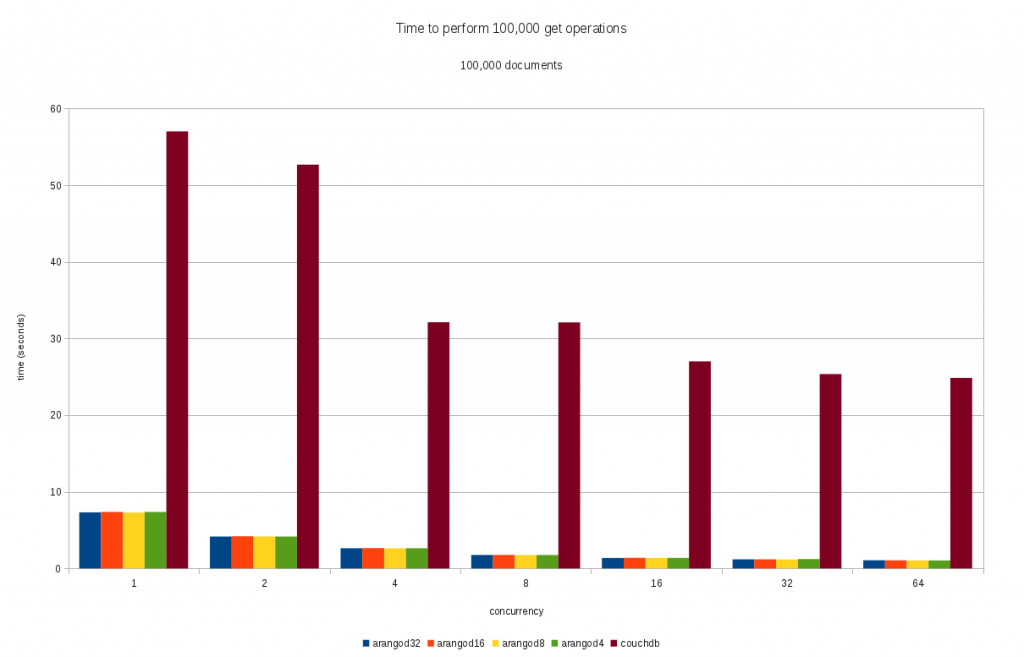 ArangoDB performs quite well in this benchmark when compared to CouchDB. Total times needed to insert, delete, update, and get documents were all much lower for ArangoDB than they were for CouchDB. It was surprising to see that this was the case for both with and without concurrency.

Though the results shown above all point into one direction, keep in mind that this is just a benchmark and that you should never trust any benchmark without questioning.

First, you should be aware that this is a benchmark for a very specific workload. That workload might or might not be realistic for you. For example, not many (though I’ve seen this) would insert 100,000 documents with 100,000 individual HTTP API calls if the application allows the documents to be inserted in batches. Both ArangoDB and CouchDB offer a bulk import API for exactly this purpose. However, in case many different clients are connected and each client does a few document operations, then the tested workload scenario might be well realistic.

Third, CouchDB also offers a lot of features that ArangoDB doesn’t have (or not yet have) and that might potentially lead to some performance penalty that favored ArangoDB unfairly.

Fourth, there might also be some magic settings for CouchDB that substantially affect the read and write performance that we simply haven’t found yet. If someone could suggest any apart from delayed_commits and disabling compaction, we’d be happy to try again with modified settings.

As always, please conduct your own tests with your specific data and workload to see what results you will get.