In the last couple of posts, we have been looking at ArangoDB’s insert performance when using individual document insert, delete, and update operations. This time we’ll be looking at batched inserts. To have some reference, we’ll compare the results of ArangoDB to what can be achieved with CouchDB and MongoDB.

The total “net insert time” (time spent in the benchmark tool for sending to request to the database and waiting for the database response, i.e. excluding the time needed to generate the document data) is reported for several datasets in the following charts.

The database versions used for tests were:

The medium datasets tested were:

The big datasets tested consisted of: 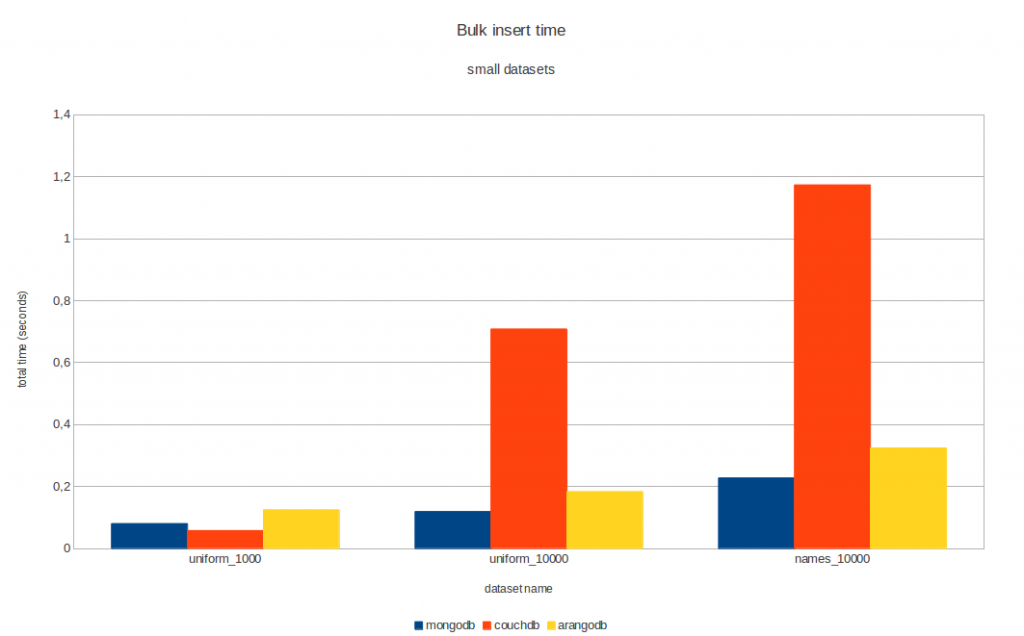 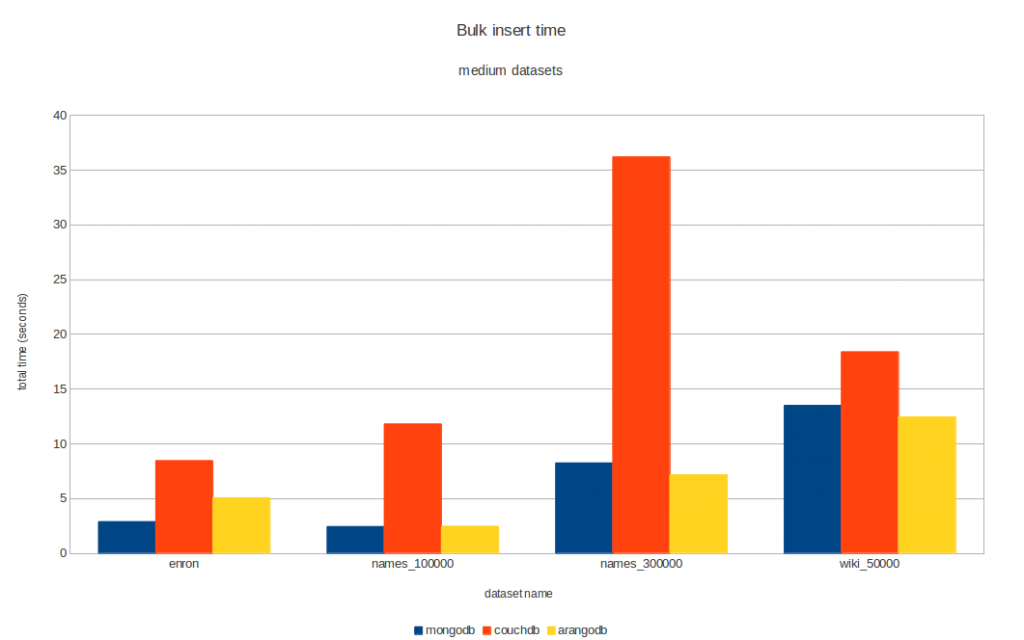 With the bigger datasets tested, ArangoDB had the lowest bulk insert times. MongoDB was slightly slower for three of the cases tested, and substantially longer for the other case (uniform_10000000). CouchDB consisrently had the highest insertion time. 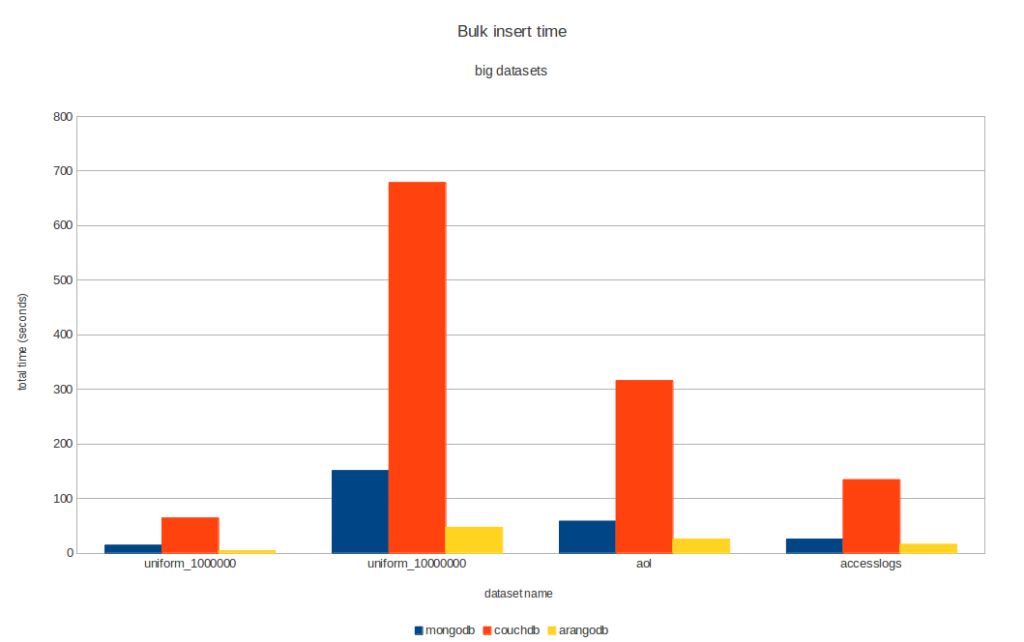 With the datasets tested, ArangoDB was on par with MongoDB (with MongoDB being slightly faster in some cases and ArangoDB in others). CouchDB was notably slower than MongoDB and ArangoDB, except in one case.

These are benchmarks for specific datasets. The dataset volumes and types might or might not be realistic, depending on what you plan to do with a database. Results might look completely different for other datasets.

In addition, the benchmarks compare the HTTP API of CouchDB and ArangoDB against the binary protocol of MongoDB, which gives MongoDB a slight efficiency advantage. However, real-world applications will also use Mongo’s binary protocol so this is an advantage that MongoDB does have in real life (though it comes with the disadvantage that the protocol is not human-readable).

Furthermore, there are of course other aspects that would deserve observation, e.g. datafile size, memory usage. These aspects haven’t been looked at in this post.

So please be sure to run your own tests in your own environment before adopting the results.