The AQL editor in the web interface is useful for running ad hoc AQL queries and trying things out. It provides a feature to explain the query and inspect its execution plan. This can be used to check if the query uses indexes, and which.

So far the AQL editor only supported using query string literals, but it lacked support for bind parameters. Queries issued by application code however often will use bind parameters for security reasons. Often enough this prevented copying & pasting queries from the application code into the AQL editor and vice versa without making manual adjustments.

The queries can also be saved in the AQL editor along with their bind parameter values for later reuse.

Screenshot from the feature in 2.8: 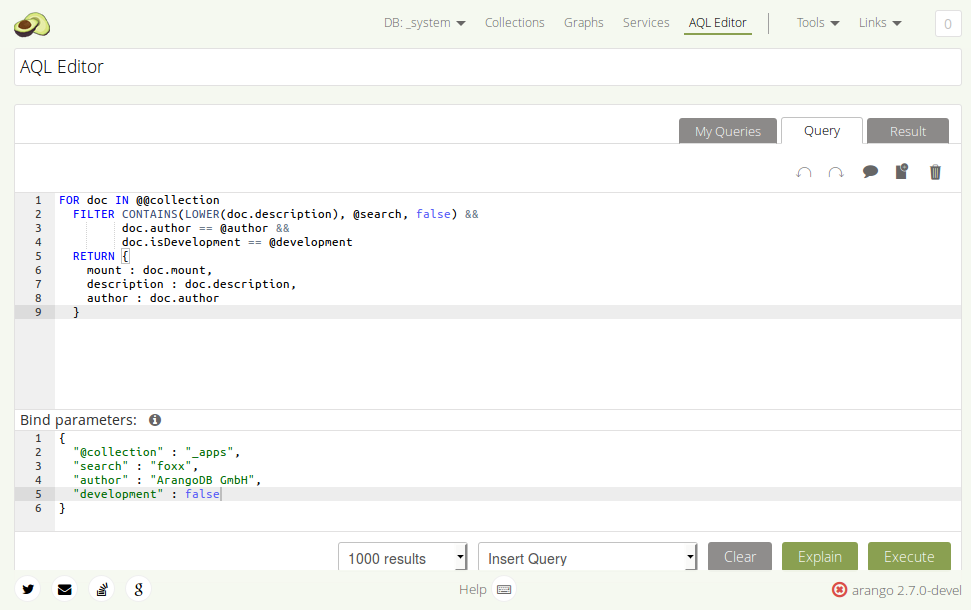