We are working hard to improve usability and simplify the usage of Foxx which will be shipped with version 2.5. of ArangoDB.

We have learned from the past and collected a lot of feedback, thanks to all people using Foxx already. It helped us to identify the following three important areas of Foxx that should be improved:

This has been replaced now by a default app that will be used whenever the app written by you cannot be parsed by ArangoDB. It will return a 503: Service temporarily not available on all routes of the mount point.

In the development mode you will also get a stacktrace from ArangoDB. 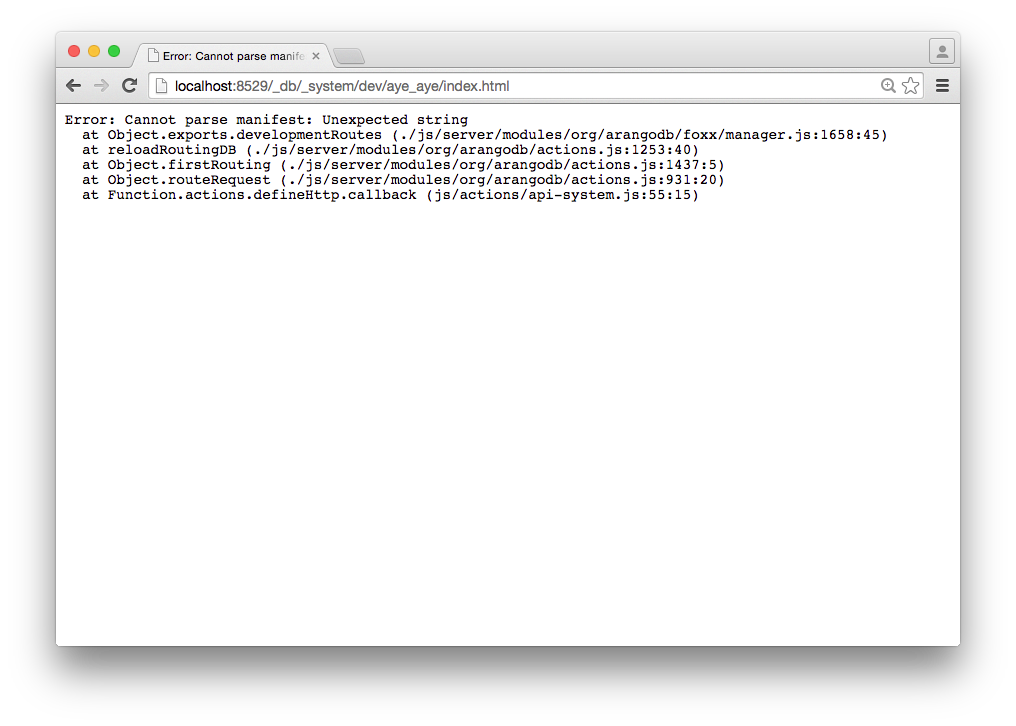 However in 2.4 the stack is not complete as validating the app and mounting it are two independent steps internally. Where the stack containing your application is build up during validation, but the error app can first be created during mounting.

In 2.5 both steps will be merged together allowing us to give you even more information about the error.

So Foxxers out there, stay tuned for the next releases, they will make Foxx an even better friend. Michael

Michael is a JavaScript and NoSQL enthusiast. In his spare time he is organising colognejs, the JavaScript user group in Cologne Germany scheduled every second month. In his professional life Michael holds a master degree in Computer Science. As Front End Specialist he is member of the ArangoDB core team, developing the web frontend and graph visualisation for this project. He is conference and user group addicted.